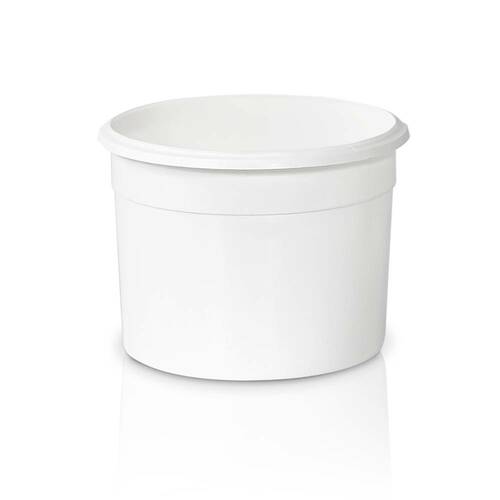 Plastic Buckets are probably one of the best choices when it comes to storing emergency food. The wide opening and height of the buckets are great for easy storage since the user can just dump food onto the bucket without having to do precise measurements on how big should the food be. Plastic Buckets also come in different sizes giving users a way to find their ideal bucket size for their needs. Buckets are also designed to be stack able which is a great deal for those with limited space or to those who want their food storage organized.Food Grade Plastic Buckets are also the leading contender when it comes to businesses. Food businesses use food grade plastic buckets as their go to packaging or even as the main container for storing food.

With all of these positives, are there any problems with food grade plastic buckets or plastics in general?Well, to be honest. Plastics had a big problem before, which is BPA. BPA or Bisphenol A is a major hardening agent used in plastics; it is the major hardening chemical which was integral in the old ways of making plastics. However, BPA is a chemical that kind create problems to humans, it leads to hormone imbalance that can cause cancer or high blood pressure. But since plastics are very important and useful, scientists and engineers found a way to make food grade plastic buckets. Food grade basically means that it won’t have any chemical that can ruin the food and its consumer.It’s also important to note that BPA still exists but it’s only used with industrial items and not for food. That is why it’s important to check if a bucket can be safe for reuse.

Emergency situations occur rarely that is why it’s important to be always prepared. A big and heavy food grade bucket is perfect for floods since they won’t be easily carried by water. They also won’t blow away by strong winds. Another layer of security for security for buckets are the lids. Lids easily covers the openings of buckets making sure that no contamination can happen, making the food inside safe to eat.Bucket lids can also be upgrade able to 3.5- and 5-Gallon Buckets. Gamma Seal Lids are lids that can replace the stock lid of a bucket. They are installed on top of the bucket and it makes a normal bucket into screw type lid kind of bucket.

Food Grade Plastic Jars and Bottles are an interesting set of food containers, but none the less they are impressive as containers for emergency food storage. Both are smaller than a bucket that it’s mostly because of design and purpose.Jars and Bottles are designed for smaller food items and liquids, which is also perfect since smaller food items tend to have that portability aspect. However, there are glaring and awesome differences and similarities.One similarity is that both of them have screw type lids. The magic of screw type lids comes in the form of pressure. Pressure is formed by the screw type lid that creates tension that holds the screw type lid to the container. But here’s a more comprehensive guide on jars and bottles.

Plastic Jars are obviously smaller than buckets but that’s because of design and use. Plastic Jars are more for storing smaller food items such as treats, snacks, nuts, dried food and medicine. The smaller size is perfect for carrying around small but important food that can keep anyone from getting hungry.One of the more impressive things about storing small food items is that they are usually dry food. Having something small food items can pro long the supply of the food items such as meat and vegetables.

But this doesn’t mean plastic jars aren’t ok for cold storage. Because they are.

When it comes storing liquids, plastic bottles are the king. They are designed to be portable and drinkable because of the smaller mouth opening which fits as a drinking tool for humans. The smaller size of plastic bottles is great for storing in refrigerators since they won’t take up too much space while also being essential enough to have a lot of. It’s also important to note that plastics is a material that is very light weight. Compared to glass which can shatter if dropped, plastics can easily absorb the fall or if ever it breaks it won’t cause a hard like glass does, which is perfect a safe to use emergency food storage.

Portion Cups are small plastic cups that are used to carry small and light meals. They are mostly used by people who have light appetites or to those who want to take food measurements as part of their daily diet.Having portion cups as an emergency food storage in some way can be considered as a smart move. Portioning the consumption of the emergency food can help lengthen the food supply.This is also a great way to control the amount of food made and to decrease the potential waste.

Just like portion cups, snack cups are also small plastic cups that is made mainly for portable food storage. Although they are bit lighter since they are designed to only carry snack, but that doesn’t mean that it can’t do well in emergency situations. Snack cups are designed to be a bit heavier duty compared to the portion cups since they are designed to take some amount of damage. Having kids bring along snack cups as their extra source of nourishment would spell disaster is the snack cups are not heavy duty. Imagine all the unwanted spills, the accidents, and even the victims of unwanted food accidents. It’s a clever way to protect the kids and the people around them. But don’t worry, adults get into these kinds of problems too.

As Long as it’s Food Grade, almost any Plastic Container is Perfect as Emergency Food Storage

Emergencies don’t come as often but when they do, they create the worst-case scenarios in everyone’s lives. That is why it’s important to have a sense of control with emergency food storage by using plastic containers.